Schmidt Futures serves as a supporter of Logic.Wiki & highlights the importance of supporting talent ahead of World Logic Day 2023! 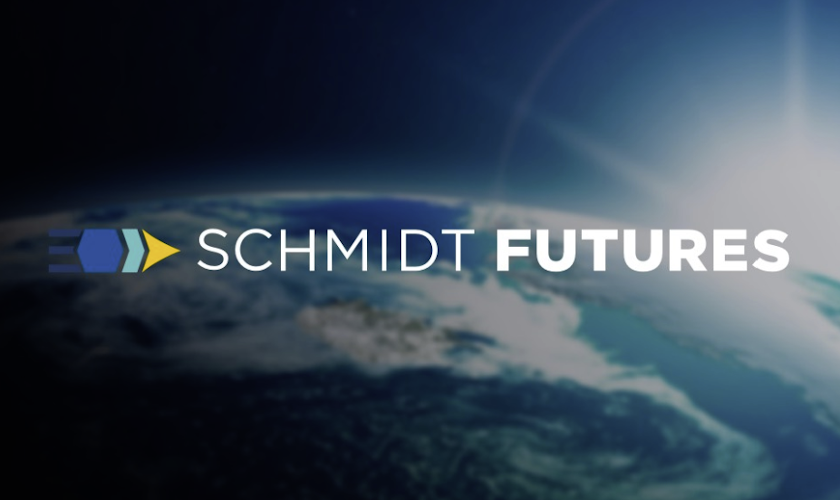 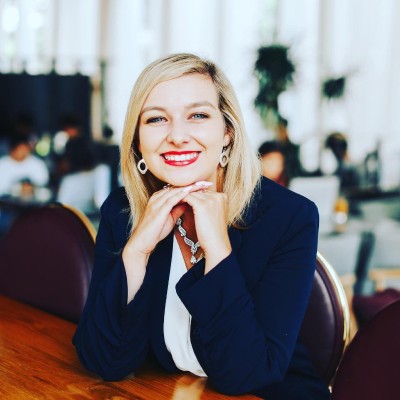 Schmidt Futures Serves as a Supporter of Logic.Wiki & Highlights The Importance of Supporting Talent Ahead of World Logic Day 2023!

Logic.wiki is thrilled to announce that Schmidt Futures is serving as a supporter of Logic.Wiki for World Logic Day on January 12, 2023 at the Long Center for the Performing Arts.

We are especially thrilled to have the Schmidt Futures Virtual Center for Advanced Potential which is supporting the research of talent development and fostering a global network of researchers join us for leading a conversation for World Logic Day. Eddie Mandry, Schmidt Futures Senior Fellow, will moderate an important discussion around how we support effective researchers working to identify talent to solve some of the world’s most pressing challenges. 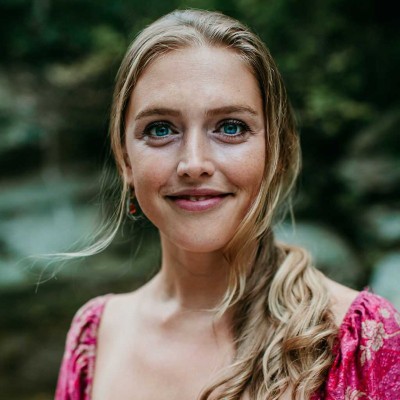 Alicia Weigel is a Forbes and New York Times published change agent working to improve the political and social landscape for marginalized populations through her consulting firm, Intrepida Strategy. She serves on the City of Austin's Human Rights Commission, as Secretary of Austin Young Democrats and on the Health Equity Policy Council for Central Health, and as a Partner at the Pride Fund.

Her prior work as Policy and Advocacy Director for Deeds Not Words contributed to various state-level laws and city ordinances against sexual assault and human trafficking. In this role, Alicia traveled the country to speak on panels and at conferences, to lead corporate workshops in gender equity (Google, Facebook, etc.) and to train hundreds of high school and college students in legislative advocacy. She has served in various roles from Political Director to Campaign Manager on municipal and congressional campaigns to increase representation of marginalized communities in public office, and to expand healthcare access. 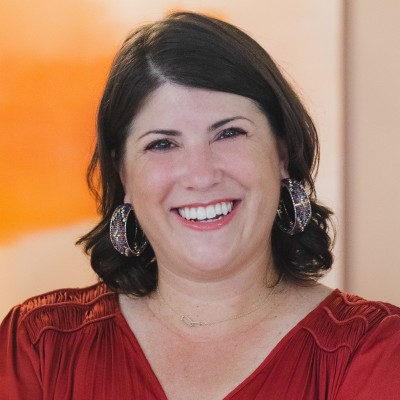 Lesley Robinson is the founding director of the Kendra Scott Women's Entrepreneurial Leadership Institute (KS WELI) at The University of Texas at Austin, where she empowers students - especially women - to "take the world by the horns". Her passion is supporting students to find the best path to their own destination.

Through the newly launched Women in Entrepreneurship specialization at UT, she is a Lecturer in the McCombs Schools of Business, where she co-created the Entrepreneurial LeadHERship course that takes student leaders on a journey to discover their personal values, strengths and authentic leadership styles through a gender-enlightened perspective.

Lesley worked as the Head of Americas for INCO, a Paris-based global leader in the movement for a new economy, to support entrepreneurs at every development stage. Through the INCO Global Network, Robinson was the Program Director for the Tarmac TX accelerator, sponsored by 3M, enabling talented entrepreneurs to grow and amplify their impact in Texas. Robinson has also worked extensively in higher education and served as the Director of Global Engagement at St. Edward's University in Austin, the Assistant Director for International Programs at Princeton University, and Senior Manager of Partnerships at Cross-Cultural Solutions, a nonprofit volunteer abroad organization. 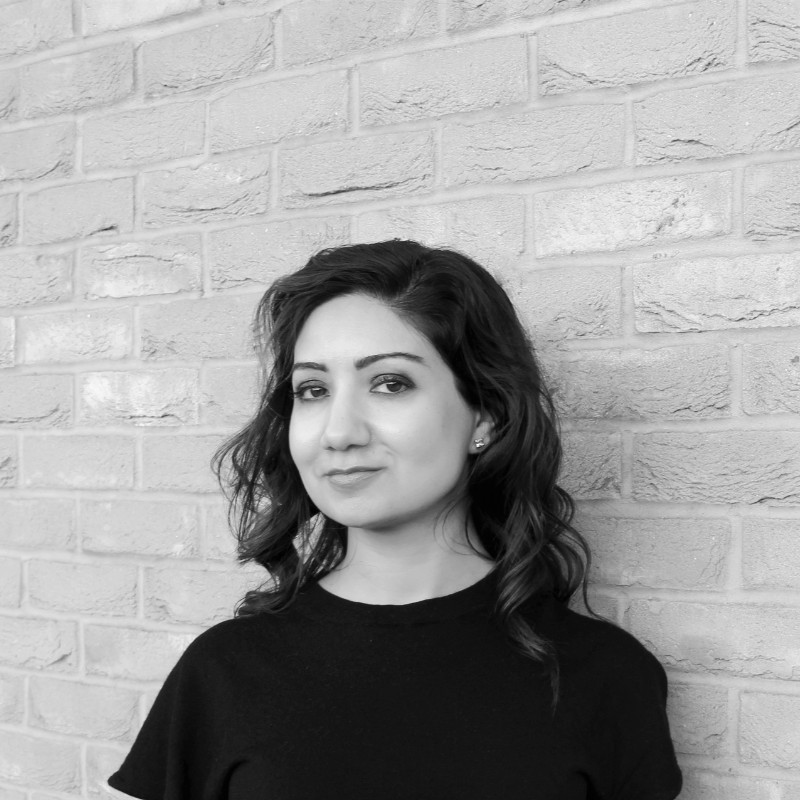 Nisaa Jetha is ranked by the Founder Institute within the Top 20 Impact and Sustainability Startup Leaders across Europe and was selected as one of 27 Climate Challenge Labs inside the Innovation Lab at COP27. She is the Curator of ImpactforSDGs & Global Ambassador for Climate Change at the Centre for Responsible Leadership (alongside Al Gore's VP Nominee Senator Lieberman) partnered with President Bill Clinton & John Hopkin's University. Nisaa launched an energy governance group in the highest house of UK Parliament (2015) hosted by Under-Secretary of State for International Development & Climate Minister through the membership organization she founded JCI (p.o.). Nisaa was a pioneer and structured the organization around the SDGs, later invited alongside 150+ Heads of State to the global adoption of the UN SDGs (2015).

Selected by UN Women to curate one of the global 92Y Genius Panels (MSNBC gathered 32 world shakers) on Google Campus, Nisaa was part of one of the only global working groups for youth and gender equality with the United Nations (UN Women). Nisaa was a keynote speaker at Davos (World Economic Forum) at the Green Accelerator and ESG World Forum (2022). She is often sourced across international media outlets such as Political Press Watch, Global Media Watch, World Politics Report, Global Energy Times & International World Times and operates across government, the financial sector, IGOs, private corporates and brands.

Instrumental in curating a focus event at COP21 (Paris Climate Accord), and speaker in UK Parliament on increasing female representation in politics & Int'l governance, she has also worked as a policy analyst and speech writer for Canada's previous Special Envoy to Sudan inside The Senate of Canada and awarded the Ambassador for Peace Award (UPF), and nominated by the United State of Women Summit hosted by The White House. 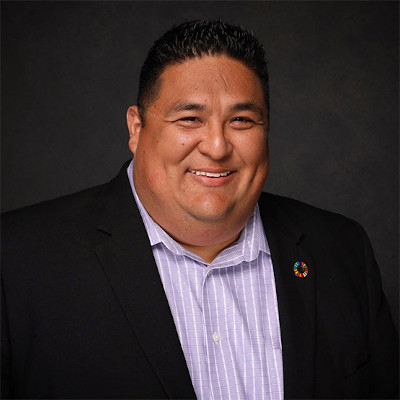 Ruben Cantu serves as the Assistant Professor, & Directory of Diversity & Inclusion for the University of Texas.

Life for Rubén Cantú, starts with his family immigrating from Mexico and its indigenous roots. It includes traces of European, African, and Asian descent. He is a manifestation of what it means to be fully American, with the different racial and ethnic strands of what makes this country unique. Through this lens he walks through the world with a mission to foster peace through understanding and healing through love.

During this past decade, Cantú became deeply passionate about social entrepreneurship, in 2012 he launched a local community around this conversation which eventually led him to help found a global community with the United Nations Foundation in 2013. +Social Good brought local activists who leverage technology around the world. They create grassroots initiatives that deliver results so they can have a voice on a global stage. Their actions help shape the conversation and development around the advancement of the Sustainable Development Goals and holding world leaders accountable. Cantú pioneered the first-ever conference for social innovation at SXSW in 2013. And he launched Austin’s first social impact accelerator and fund and pitch competition. In the summer of 2018, he was recruited by the University of Texas at Austin, to launch this program inside the university, and founded the Office of Inclusive Innovation and Entrepreneurship where he serves as Executive Director and Assistant Professor. He’s launched the Product Prodigy Institute and WIELD Texas, two student-facing programs that teach entrepreneurship, executive leadership, and human-centered design.

When not working, he focuses on being a bridge between the local community and international issues that break barriers and foster peace and prosperity. He also is an avid music lover and Jeopardy enthusiast.

Logic.Wiki will celebrate and honor World Logic Day working to keep people and experts at the forefront of technological innovation and advancement. We are thrilled to have Schmidt Future’s support which aligns with our commitment to helping invest in people working to build content, research, technology, and impact to better the world on unique and innovative platforms. Special thank you to our core supporters like Schmidt Futures, Truist Bank, KFG Foundation, and Accelerist that are helping to make World Logic Day and launching Logic.Wiki possible.

Schmidt Futures bets early on exceptional people making the world better. Founded by Eric and Wendy Schmidt, Schmidt Futures is a philanthropic initiative that brings talented people together in networks to prove out their ideas and solve hard problems in science and society. To learn more about our method and the diverse types of capital and tools that we deploy, visit https://www.schmidtfutures.com.

Interested in learning more about how to engage for World Logic Day 2023 as well as how to participate in the UN SDSN & SDG Academy Awards Competition? Please fill out our intake form and make sure to grab your pass for the in person event held on Jan 12, 2022 in Austin, TX at the Long Center for the Performing Arts to see great conversations like the one led by the Schmidt Futures.